Home » Camera » What Would a Perfect Camera for 2022 Look Like?
Camera 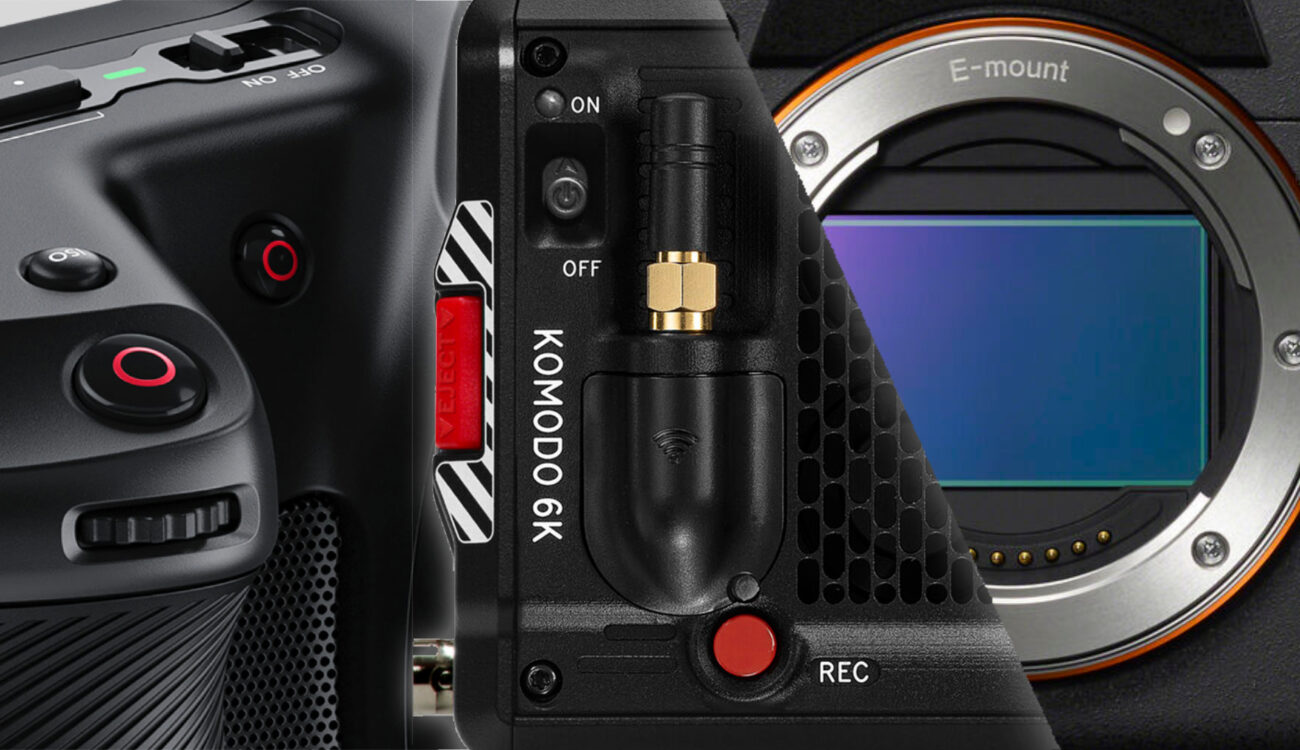 This is my personal view of things in terms of the dream camera I would like to work with in 2022. Is there even such a thing as a perfect camera? Probably not, but if I had to pick one, it would look and function like this. There’s nothing unrealistic here, just a combination of features that already exist plus a bit more, maybe.

The German language loves to combine existing words and form new ones, which is one reason why (besides the rather complicated grammar) this language is so difficult to learn. One example is the so-called “eierlegende Wollmilchsau“, a rather old expression for something that can do everything, a jack-of-all-trades, so to speak. The literal translation would be an egg-laying woolly milk pig. Being vegan was not yet a thing back then, obviously.

Now, what does this eierlegende Wollmilchsau has to do with a 2022 camera, you ask? Well, I certainly would want one! The perfect camera that can do everything and is lightweight, compact, superbly performant and, of course, affordable. Is that plausible? I don’t think so, but let’s explore this thought a little further.

In order to tackle this question, let me first list a few camera bodies I have worked with so far. The term “worked with” here relates to actually completing a paid job with said camera.

But for 2022 I want something more compact, suitable for one-backpack shoots. So what is a perfect camera? A combination of all these cameras and many more out there? That’s subjective, of course, and also related to the task at hand, so I have to make a decision here: I’m not likely to be shooting a Hollywood movie in 2022, nor will I be shooting high-end commercials with super slow-motion sequences or needing 12K resolution, for example.

My main focus is this: I want a camera that meets the following criteria: lightweight (but not too small), affordable enough to actually buy, flexible and/or modular, at least 4K120. I’m a fan of the BMPCC 6K Pro’s large screen, but not a big fan of the form factor. The same goes for the Sony a7S III (review here). Adequate audio inputs (plus headphone out) are a must, as are internal NDs.

Personally, I own a Canon C300 Mark II (see my Gear Guides setup) as well as the BMPCC 6K Pro. For the stuff I’ve been doing lately, the latter is pretty much ideal, though not perfect. As I mentioned earlier, I really like the large 5-inch screen! It frees me from having to add an additional monitor to the setup, including the necessary interconnects and power considerations. What I don’t like as much is the build quality of the camera. It feels quite plasticky, and in fact, I had to send it in after just a few weeks because the screen’s ribbon cable was defective. I was sent a new unit without much trouble, but you still have to be pretty careful with this camera.

On the plus side, it has built-in ND filters, which are usually only found in higher-end cine cameras. They are missing on the Sony a7s III, for example. This is a big drawback for what I’m doing at the moment. I need (and want) to be as flexible as possible without having to lug around all kinds of accessories.

My dream camera would also sport a dedicated viewfinder, which the BMPCC 6K Pro kind of does but the (optional) VF doesn’t seem to be that good – to be fair I haven’t tried it myself yet (but Johnnie did, read/watch his review here).

Next up is battery life. The ‘little’ Blackmagic can’t score many points in this field, to be honest. It just eats through Sony BP-style batteries. A cube-like metal body with an included plate for micro V-mount batteries would come close to that dream setup of mine I guess. I don’t mind ending up with a slightly heavier setup.

Autofocus is not as important to me as for many but it sure would be cool to have Sony-like AF performance implemented. The same goes for stabilization which would be even slightly more important to me.

In terms of ergonomics, I still think a plain cube is the best. However, the most important thing is this: Such a cube would have to have everything essential on board from the start. First and foremost: NDs! The RED Komodo would have been great for me, but it has no internal NDs. Audio inputs and a headphone jack are also a must. Plus an onboard power solution, a half-decent integrated VF, or at least support for it. Same goes for a (large) screen or support for it (e.g. power and signal through the mount itself). What good is a compact cube-shaped case if you have to mount everything externally? It’s flexible, but certainly not handy, nor compact once it’s set up.

The Kinefinity MAVO Edge 8K (review here) seems promising but it’s $12,000… Personally, I don’t necessarily need a full-frame sensor, but of course, I would like to have one at my disposal, if only to be future-proof. Both the Komodo and the BMPCC 6K Pro lack one.

I am not looking for the last bit of high-end quality, solid quality is enough for me. I understand why big-budget productions use ARRI ALEXA, Sony VENICE, and other expensive cameras. They are not made to be super handy, they are made to be operated by several crew members, and they are made to extract the best possible image quality. I don’t need that, I need a camera for everyday use that won’t break (and won’t break the bank).

Perhaps a hybrid of RED’s Komodo, Sony a7s III, and Blackmagic Design’s BMPCC 6K Pro would be my dream camera for 2022. The RED’s form factor and battery plate, Blackmagic’s ease of use plus the NDs and mini XLR audio inputs, Sony’s AF and IS plus the solid codecs and frame rates.

Building such a camera has nothing to do with manufacturing problems, but politics? Canon is not interested in their lower-end cameras being as good as their higher-end C cameras. That would lead to market “cannibalization”. The same goes for Sony and RED.

The only exception here might be Blackmagic, as they don’t offer a true high-end cine-cam to protect, and they are known for some pretty disruptive moves in the past. On the other hand, they may lack a bit of experience in building robust high-end cameras that are not only good on paper but also rugged and reliable in the real world. BM’s cameras still feel a bit like a custom-built computer with a sensor rather than a camera to me, but they’ve come a long way and I’m sure they’ll continue to innovate here.

So, to summarize, there is of course no such thing as the perfect camera. But there could be a dream camera, and since I haven’t added any unrealistic “magic” features, that dream camera could be built right now… the only question is who would actually make it? Blackmagic comes closest in terms of features and usability, but lacks AF, IS, and build quality. Also, in my opinion, the EF mount is not ideal going forward.

Sony has amazing AF (and IS) but lacks connectivity, form factor, and NDs. RED has the form factor and build quality, but again lacks features. And I doubt the three companies would join forces here…

Do you already have a few cameras in mind that you would like to Frankenstein together? What are the mandatory features for the said camera? I look forward to hearing your thoughts on your personal dream camera for 2022!

What would your dream camera for 2022 look like? Is there anything you really want for your next camera? Share your thoughts and experiences in the comments below!