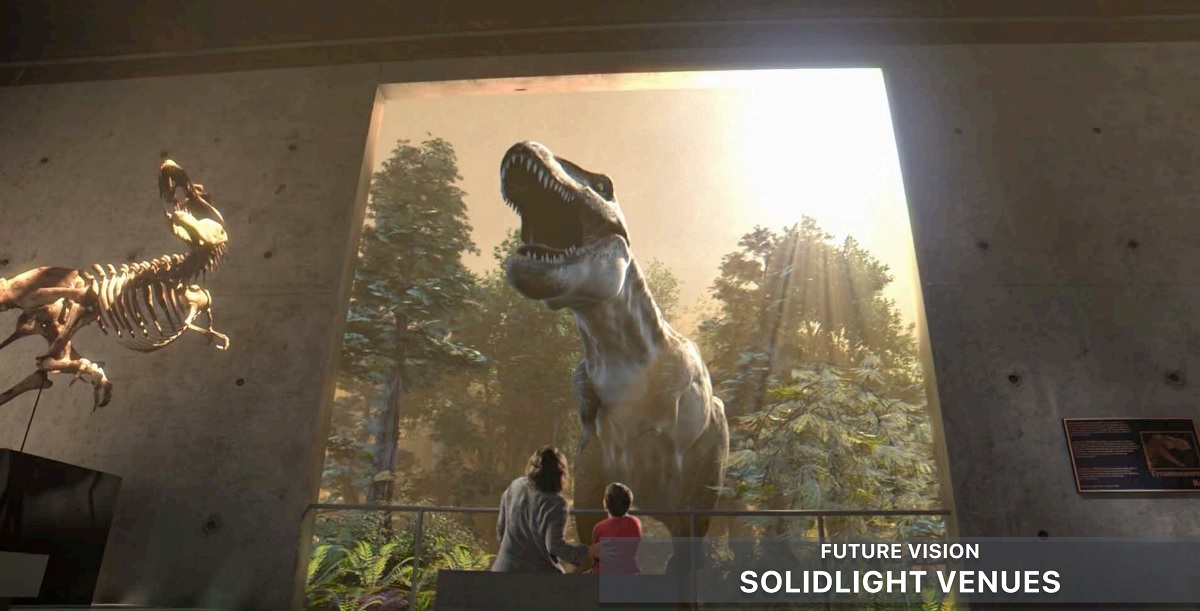 I remember thinking during the confinement of 2020 that all the endless Zoom meetings would have been a lot more entertaining if we’d had holographic video technology like they have in the Star Wars movies. Well, now a company in Silicon Valley seems to have developed something just like that, which will give your photographs and videos a 3D holographic depth effect, almost indistinguishable from real life.

The tech start-up called Light Field Lab calls the display ‘Solid Light’ and will render photographs and videos in 3D. The display claims to be the first of its kind to be able to render images in full three-dimensional depth, without the need of special 3D glasses and is viewable from multiple angles, and they can be the size of entire walls.

Lightfield Lab has been able to replicate the way the human eye sees and interprets light rays and light photons, allowing it to perceive depth in an accurate way. Flat displays have so far not been able to do this but Light Field says that it has managed to replace physical objects with software-controlled holograms which is what it calls “solid light”.

Light Field Lab is positined to change the game for display. The ability to replace physical objects with photons of light will impact every industry.

The company says that “Infusing real objects into digital technologies untethered to headgear creates a massive paradigm shift in how we experience, communicate, and consume media.” And it’s not just the media and entertainment industries that will gain from this new technology. Automotive manufacturers are looking into it as a way of changing their illumination systems, and you can already imagine advertising uses for this.

The result is the highest resolution holographic display platform ever designed, and viewers will be able to experience digital objects in the physical world and will be “indistinguishable from reality” (at least by sight, you cant hug a hologram, unfortunately).

At present, there is no info on costs or if you need a special device to capture the content displayed. However, it will be interesting to watch this technology become more mainstream, as I’m sure it will in the coming years. My first thoughts cynically swing more towards Black Mirror episodes than Star Wars however, I think it will be quite some time before DIYP will be writing tutorials on how to capture better holograms!

Everything you need to know about Thor: Love and Thunder