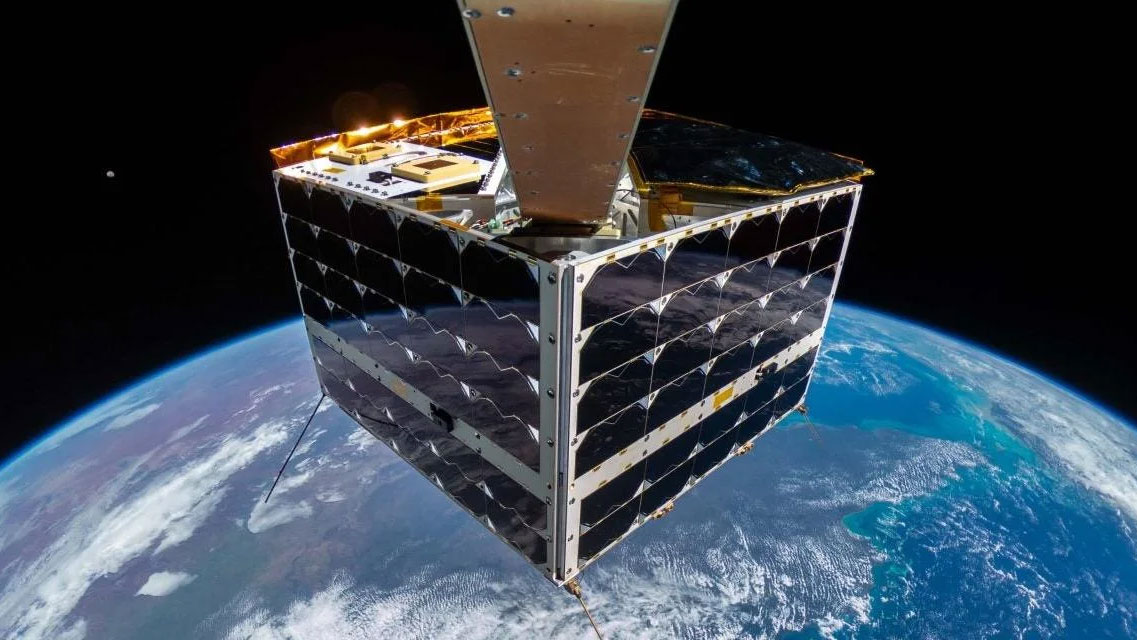 When we think of satellites, we often think of super high-tech state-of-the-art technology being sent up into space. We generally don’t think of them blasting up off-the-shelf electronics that many of us already have in our homes. Well, that’s exactly what the folks at NanoAvionics did when they attached a GoPro Hero 7 (Yes, not even a Hero 10!) to their MP42 microsatellite to capture selfies in space as it flew over the planet.

At 550km (~341 miles) above the earth’s surface, the GoPro attached to the MP42 capture photos of the satellite over the Coral sea and the Great Barrier Reef – the only living structure visible from space – along the north-east side of Australia. It also shot some excellent (and nowhere near long enough!) 4K video of the trip.

While the GoPro Hero 7 camera itself started life as a regular off-the-shelf camera – chosen because of its immersive field of view and the fact that the usual space-grade engineering cameras either don’t have the resolution, cost too much money or take far too long to develop – the team did have to strip it down and fabricate their own custom housing, along with a custom “selfie stick” to attach it to the satellite and survive the trip.

The tiny MP42 Satellite was launched in April aboard a SpaceX Falcon 9 rocket, along with two other NanoAvionics-built satellites as part of their microsatellite bus heritage mission.

The reason for taking the photo and video clip with the Great Barrier Reef in the background was partly symbolic. We wanted to highlight the vulnerability of our planet and the importance of Earth observation by satellites, especially for monitoring environment and climate changes.

In our increasingly visual culture, it is important for investors, students, customers and the general public to see in order to believe. Millions watch rocket launches but barely see satellites moving in orbit or deployable structures in operation. This is going to change through live or recorded footage.

You can find out more about the MP42 and the 4K selfie video in their press release. Be sure to also keep an eye on their YouTube channel or any potential future space footage!

Reselling your phone? Check this out first...

The Sony A1 Keeps Getting Better