TECNO recently celebrated the global launch of its new CAMON 19 series at Rockefeller Center in New York City. Combining dazzling, floor-to-ceiling skyscraper views, fully artistic venue and of course their spectacular new smartphones. Around important 80 guests from around the world attended the event. That includes journalist and editors from technology and lifestyle media, as well as several top tech influencers. They all enjoyed an unparalleled and unforgettable night, while witnessing the tech unveiling.

For the first time ever, TECNO conducted a global product launch event in the U.S.  And right on the 65th floor of iconic Rockefeller Center in a stylish, exclusive space appropriately named Bar SixtyFive. Not only was the event a milestone for TECNO, but it was also the first time that Rockefeller Center, which opened in 1934, hosted a mobile phone manufacturer product introduction. This is quite fitting, sky-scraping venue for a premium global smartphone brand, that’s clearly on the rise. This launch sets the tone towards mid-to-high-end position. And indicates TECNO is taking a big step forward in internationalization and premiumisation by integrating fashion with innovative technology in TECNO CAMON 19 series.

The launch venue of the iconic Rockefeller Center is noted for the large quantities of art present in almost all of its buildings.And is one of the landmarks of New York City.  On Rooftop gardens and the Bar SixtyFive, a 360 degree views of New York City will come to the guests’ eyes. The decoration of the launch was also in line with the artistic venue with gorgeous lights and well-designed screens. Both of them contributes to the most stylish smartphone launch ever. And of course building the “fashion technology image” for TECNO brand. 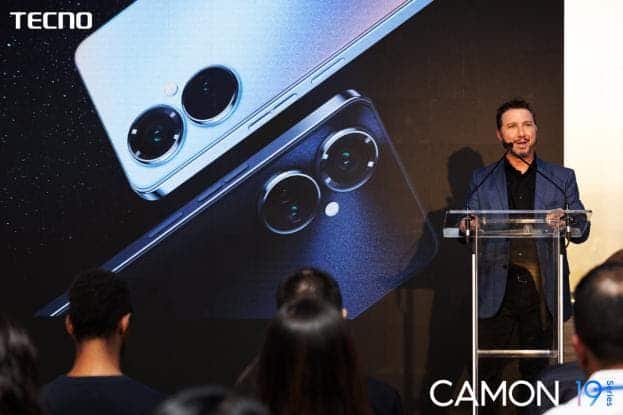 TECNO CAMON 19 series just fits right in. With its elegant, fashion-forward design, which won iF Design Award 2022 in April. And several industry-first technologies, like the new technology RGBW camera sensor + glass, which is co-developed with Samsung. TECNO CAMON 19 series impressed the attendees  by its brilliant portrait photography in challenging low-light and nighttime conditions, as well as the industry leading design. The stylish phone complements the  iconic venue in the reputation of the artistic design and fashion.

It’s worth mentioning, that the event was a chic new-york cocktail style as well. Creating a relaxed atmosphere for guests to enjoy sizzle videos and listen to the presentations from TECNO executives. 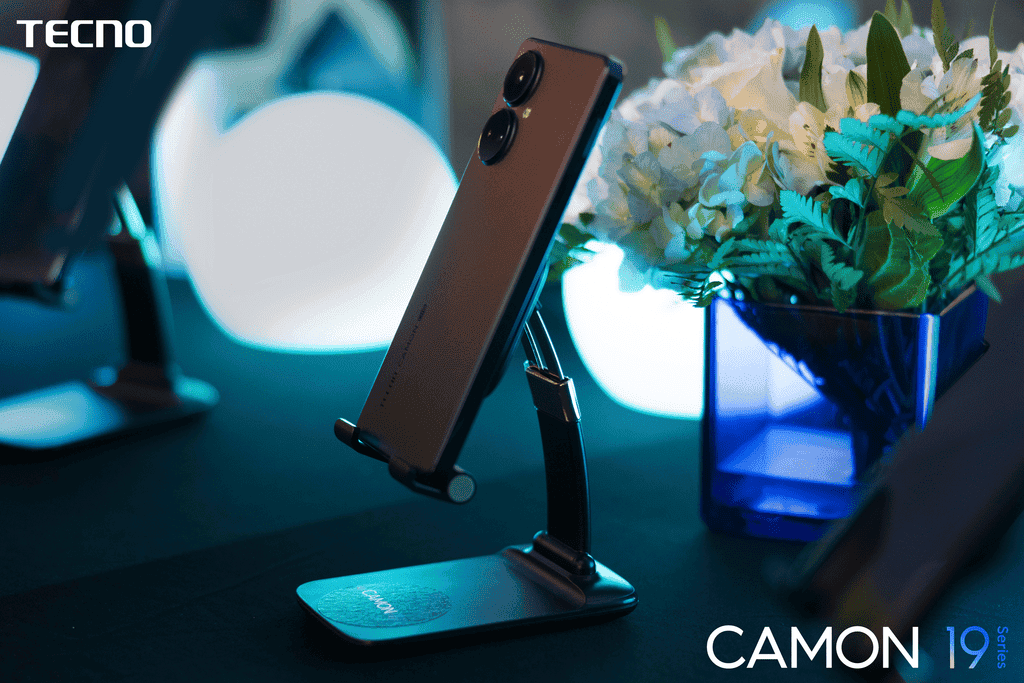 The Most International and Diversified Smartphone Launch

It is the first time ever, that over 80 media, top influencers, key accounts and TECNO local staff from more than 14 countries joined this global event. And together witnessed the unveiling of TECNO CAMON 19 series. The key customers, like Phonebank, Bobbitech, GUURE COMMUNICATION, etc. took this opportunity to experience the real devices at the earliest time. And shared some very positive feedback on the product as well. Which surely enhanced their confidence in the coming sales in the local markets. And the regional pre-sales will get stimulated for sure as well. 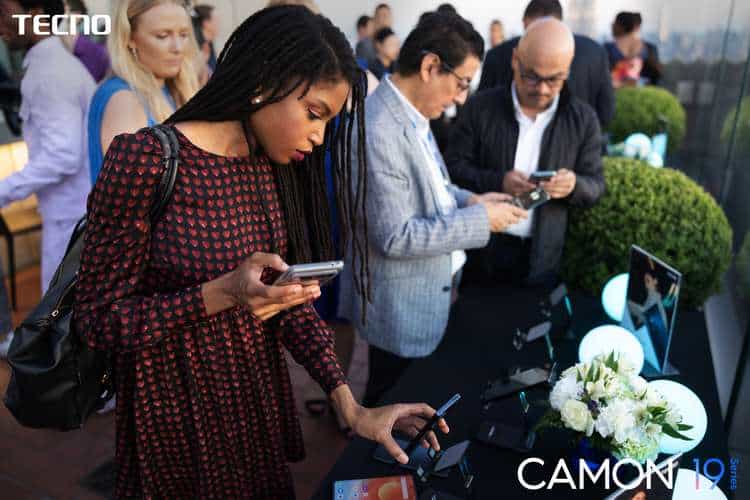 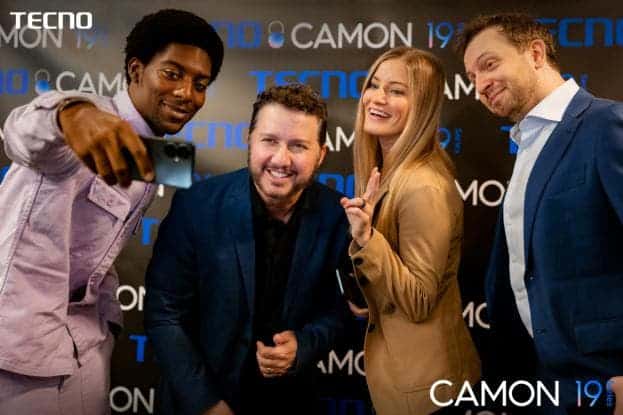 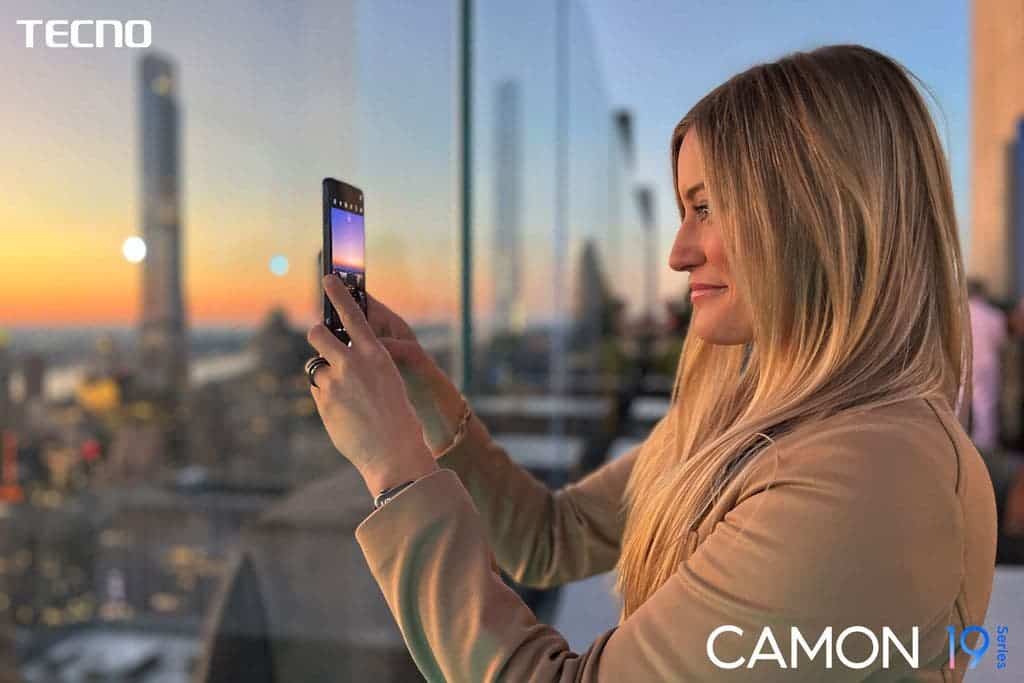 The Strongest Endorsement from Top Tech Influencers and Media

The event was hosted by noted tech columnist Marc Saltzman, who is also the host of several TV like bloomberg Television.  Also Matt Swider, the Founder and Editor-in-Chief of The Shortcut.com and former TechRadar’s US Editor-in-Chief, or top 10 Youtuber iJustine joined the launch and had a panel discussion there. Sharing their insights on the product experience and some industrial opinions. Another tech influencer, U.K.-based SuperSaf, also shared his views through video playing on site.

The assembled media, like editors from Android Authority, ABC News, The New York Times, Phonescoop, etc. also tried out the new smartphone on an outdoor deck at the terrace and gave very positive feedback. With the rooftop view and the featured night portrait phone, they could immediately shoot wonderful photos in the amazing night. The strong opinions of influencers and medias after real testing and evaluation proved CAMON 19 series ability to capture detailed photos. And also the ability to take bright images even in low-light and night time conditions. 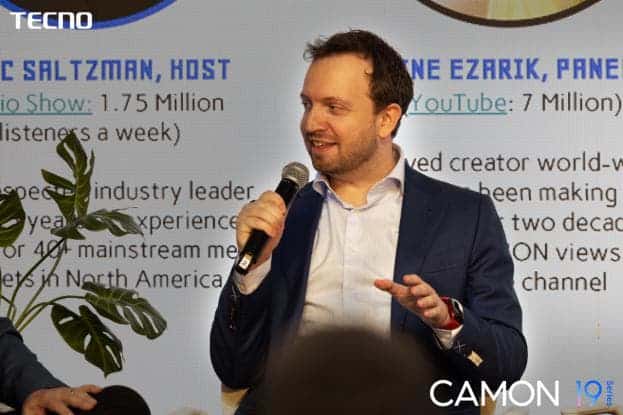 Their informative comments about the TECNO brand, the award-winning design and features of the CAMON 19 PRO 5G, were complemented by stunning videos featuring the CAMON 19 series photographic technology being used around New York City. Or the influencers’ roundtable discussion and the media testing the smartphone cameras. All done on an outdoor rooftop patio under a glittering canopy of nightime stars.

The influencer roundtable was the highlight of the event. Attended with noted celebs including YouTube Influencer iJustine, Tech Editor Matt Swider and others. All sharing their feedback on the photographic attributes of the CAMON 19 series. Matt Swider provided some of the highest praise, “The dual-ring triple-camera design is definitely the highlight of this smartphone. Its rich photography features and excellent night portrait output make it an incredibly compelling at this price point. ” While iJustine spoke highly of the sky shop features: “I also really love this  sky shop feature. It has a touch-to-click to change the sky. I do often add in better-looking skies and clouds in a lot of my photos that I post, so this is making it so easy to do right on your mobile device”. 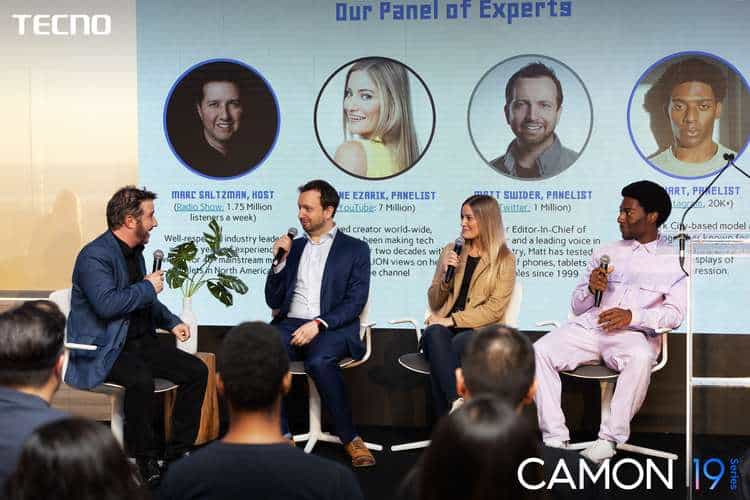 After the product launch session, all guests including the top influencers, media and customers worldwide, got the devices hands-on to have all-round experience. So they could have a glance of the 360 degree night views of New York City on the Bar SixtyFive.

Nothing Phone (1) receives update with improvements for camera