If there’s a new model of a popular product about to be released, you better believe that sooner or later there will be a well-timed leak before the product gets announced. This time around, it’s the DJI Mini 3 Pro and the leak comes complete with specs and some nice images.

Rumors started swirling about the DJI Mini 3 Pro about a week ago when DroneDJ.com reported that retailers like Argos had accidentally published product listings on websites about a week ago. Though these could easily be considered “placeholders,” the listing of specs looked to be in the ballpark for a next-generation drone by DJI.

Then the spec sheet came out today thanks to noted Drone blogger Jasper Ellens, who posted a copy on Twitter.

The one thing that was still missing in all of these was the #specificationsheet of the #Mini3Pro. I especially thank @rquandt for this.

If you want even more info. Join the community at https://t.co/r7tqJekV5h

Thanks for following and please #retweet this one to thank me 🙏🏻 https://t.co/sE6pcfbkP0 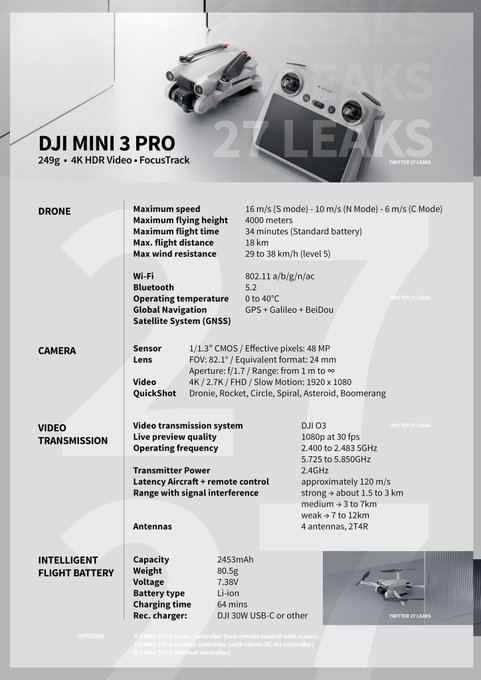 The sheet confirmed much of what the pre-release leaks had to say. As confirmed by the recent leak, the Mini 3 Pro is believed to have a camera with a 1/1.3″ 48MP CMOS image sensor capable of capturing 4K video at 30fps, with a 24mm f1.7 Lens.

Ellens also posted a short video of the Mini 3 Pro powering up:

BREAKING: Time to start up the #Mini3Pro and the #DJIRC… this new owner took the time to show us the goods! Thanks man! Greatly appreciated. New RC looks so good. Hope the brightness will be adjustable to twice as high! 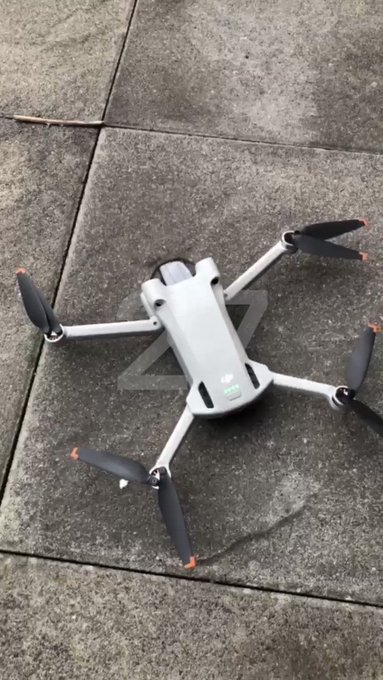 The Mini 3 Pro will use DJI’s Occusync 3 transmission system, which can send 50-bit 1080p preview video to the drone pilot from an effective transmission range of five miles. While this sounds impressive, and it is, it’s important to remember that according to FAA drone operating regulations, drones must be operated within the eyesight of the operator.

Ellens also stated that he believes that DJI will announce a vertical video option, which is based on DJI’s invitation with the words “A Twist in the Plot.” That option will give Mini 3 Pro users the option of posting videos directly to TikTok and other mobile-oriented platforms that heavily rely on that vertical aspect ratio.

Flight-wise, the Mini 3 Pro is rated to have a 34-minute flight time on a single charge to the 2453mAh battery, with 64 minutes to replenish. The drone will also use DJI’s new smart controller, which Ellens has also shown, also posted that he believes that the controller will support other DJI drones as well.

The Mini 3 Pro is set to be announced on May 10th.