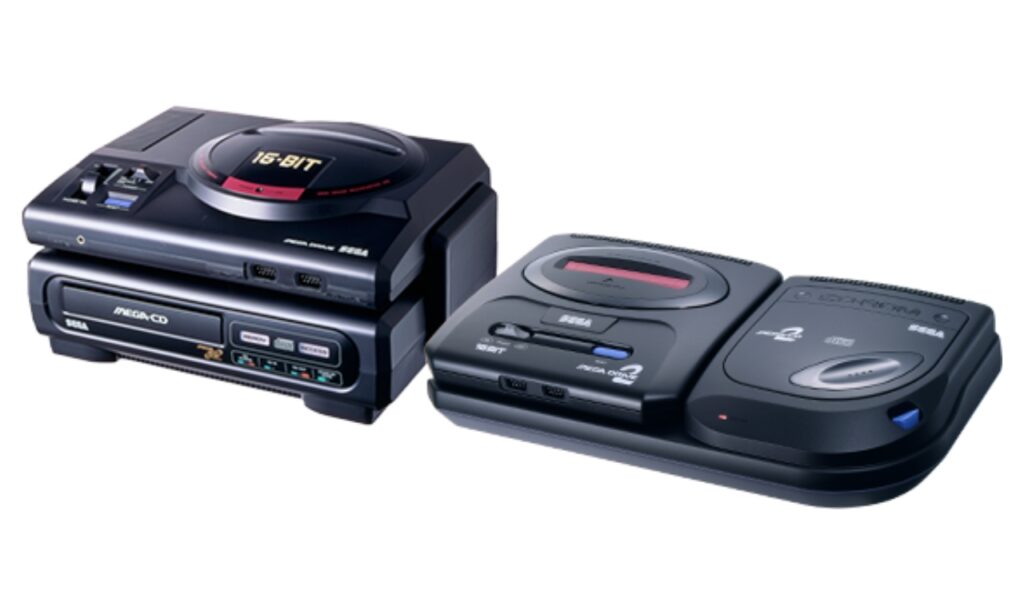 Sega has leapt back in time once again with another retro console; the Mega Drive Mini 2. This time the revamped blast from the past includes games from the brief Mega CD era.

Confirmed for a Japan-only release at present, the 50 games will include Mega CD titles like Sonic the Hedgehog CD, Slipheed, Virtua Racing, Mansion of Hidden Souls, Popful Mail, and Shining Force CD.

The Mega Drive games confirmed so far are: Magical Taruruto, Shining in the Darkness, Bonanza Bros, and Thunderforce IV. It’s also got Fantasy Zone, which was never actually released for the Mega Drive back in the day. More titles will be revealed in the run up to release.

The build looks faithful to the original Mega Drive 2 redesign from the early 1990s and includes the revamped six button controller, which, at the time was a big advantage for fighting games. Hopefully Sega will make that available separately.

Unfortunately, the Mega Drive Mini 2 won’t allow you to play any of the original cartridges or compact discs. As the name suggests, it’ll once again be a smaller sized retro console with all games build into the system.

However, it can look the part thanks to an added Mega CD attachment you can use to mount the Mega Drive 2 (or the Mega Drive Mini) to complete the look.

The first Mega Drive Mini arrived in last 2019 and was a Christmas favourite among retro-inclined gamers. Our own Tom Deehan gave it a four-star review and concluded: “Sega sticks the landing with what proves to a fantastic throwback to one of gaming’s most beloved consoles. A few missing classics and an irritatingly short controller lead prevent the Mega Drive Mini from reaching its full potential, but fans of retro gaming will feel right at home here.”

6th Week of Pregnancy: Baby is Like a Sweet Pea!