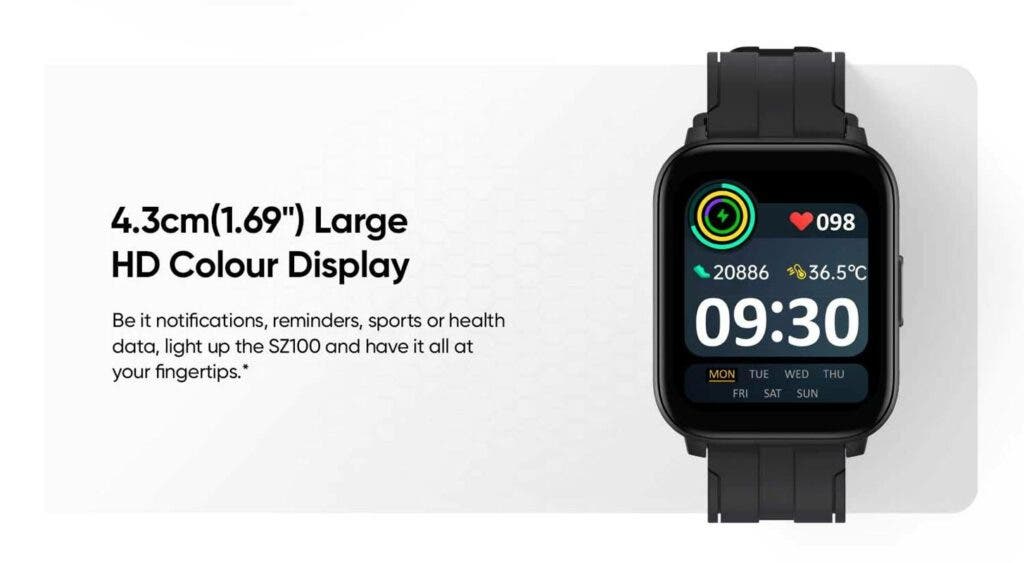 The Realme TechLife Watch SZ100 India launch date coincides with an earlier report. Realme was reportedly prepping to launch a new smartwatch dubbed the Watch SZ100 in India later this month. A dedicated microsite on the company’s India website reveals the smartwatch’s key specifications. Moreover, it has a “Notify Me” button that you can click to get updates about the launch. It has an eye-catching rectangular dial. Furthermore, the listing for the TechLife Watch SZ100 smartwatch hints at two color options. The side edge appears to feature a button for exploring the UI. 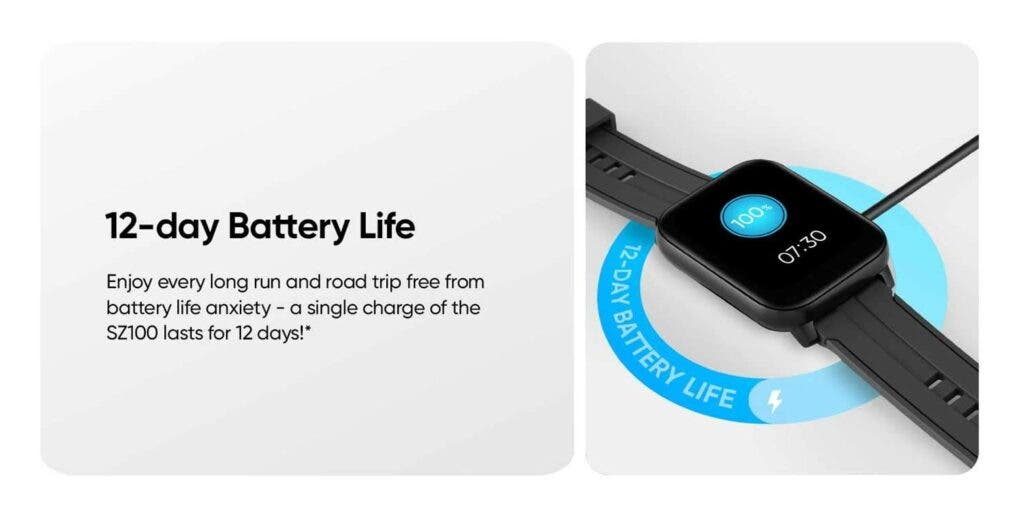