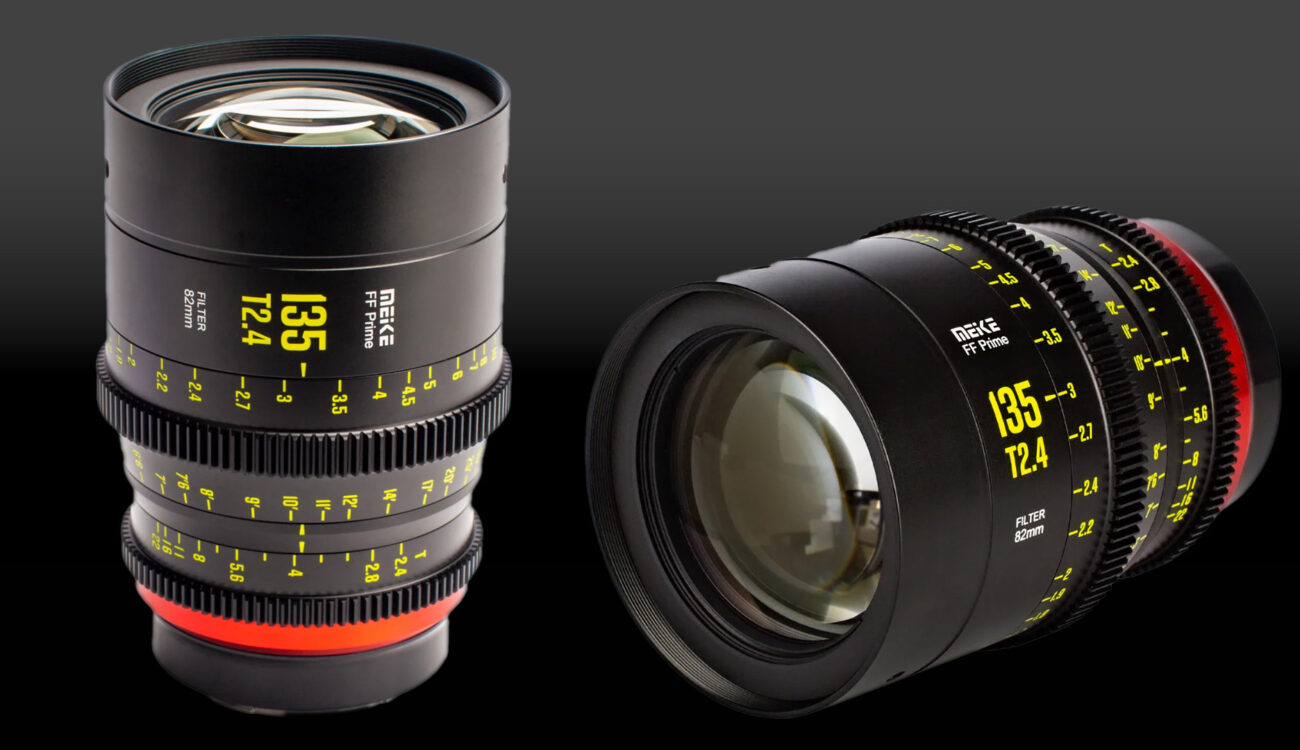 Meike announced their first cinema prime lens, the Meike 50mm T2.1 FF, in the summer of 2020. At that time, the promised image quality and low price made for somewhat exciting news.

When they followed it up just a few months later with the Meike 35mm T2.1 FF cine lens, however, things got really interesting. That’s because Meike also shared their roadmap to complete an entire full-frame cine lens set.

Its optical design features 12 elements in 8 groups, while the 17 aperture blades should result in a smooth background bokeh. The lens comes with a cinematic housing out of the box and has an 82mm filter thread at the front. It weighs approximately 1202g/2.65lbs, hence it’s a pretty beefy glass.

If you’re a Meike shooter, the release of this lens is fantastic news. The entire point of having a cine lens kit is to maintain the consistency of your shots between lens changes. Meike’s full-frame cine lenses are all stated to remain fairly consistent in color, sharpness, and how they handle flares. This should allow you to seamlessly edit between takes without hours of additional color grading in final post.

Like all cine lenses, this entire set from Meike also has industry-standard 0.8mm pitch gears for the focus and aperture rings. They are also positioned at the same distance on the barrel to allow for faster lens changes.

A lot of competition has arisen since the company announced their first full-frame cine lens two years ago. Their chief competitor at this price point are the very well received Vespid Primes from DZOFILM.

We have not been able to independently compare these two lens sets. However, the DZOFILM are a bit pricier. Indeed, a 7-piece set of the DZOFILM Vespid Primes costs roughly $3,000 more than a similar set from Meike.

The new Meike 135mm T2.4 full-frame cine lens is now available for pre-order from the manufacturer’s website and should be in stock towards the end of August. Its official retail price is $1,099.

What do you think about Meike’s full-frame cine lens set? Have you had the chance to work with any of their lenses yet? Let us know your thoughts in the comments section below!