Another day, another Note 12 variant gets a release. A few days ago we were talking about the Infinix Note 12 VIP and Infinix Note 12 G96. Well, now the company is introducing the vanilla Infinix Note 12 and the Infinix Note 12 Turbo in the Indian market. Interestingly, the Note 12 series is coming with a special box to celebrate the release of Doctor Strange in the Multiverse of Madness movie. Both devices are priced under INR 15,000 in India. Under the hood, they carry MediaTek Helio chipsets. The newest Infinix smartphones also come with AMOLED screens, large batteries with fast charging, and more. Without further ado, let’s see what these devices have in tow.

The Infinix Note 12 Turbo flaunts a large 6.7-inch AMOLED screen with a Full HD+ resolution of up to 2,400 x 1,080 pixels of resolution. The panel also has a 92 percent screen-to-body ratio. Unfortunately, the panel only has a 60 Hz refresh rate which sounds like something from the past nowadays. The phone also brings a 180 Hz touch sampling rate, 1000 nits of peak brightness, Widevine L1 support, 100 percent DCI-P3 coverage, and Corning Gorilla Glass 3. 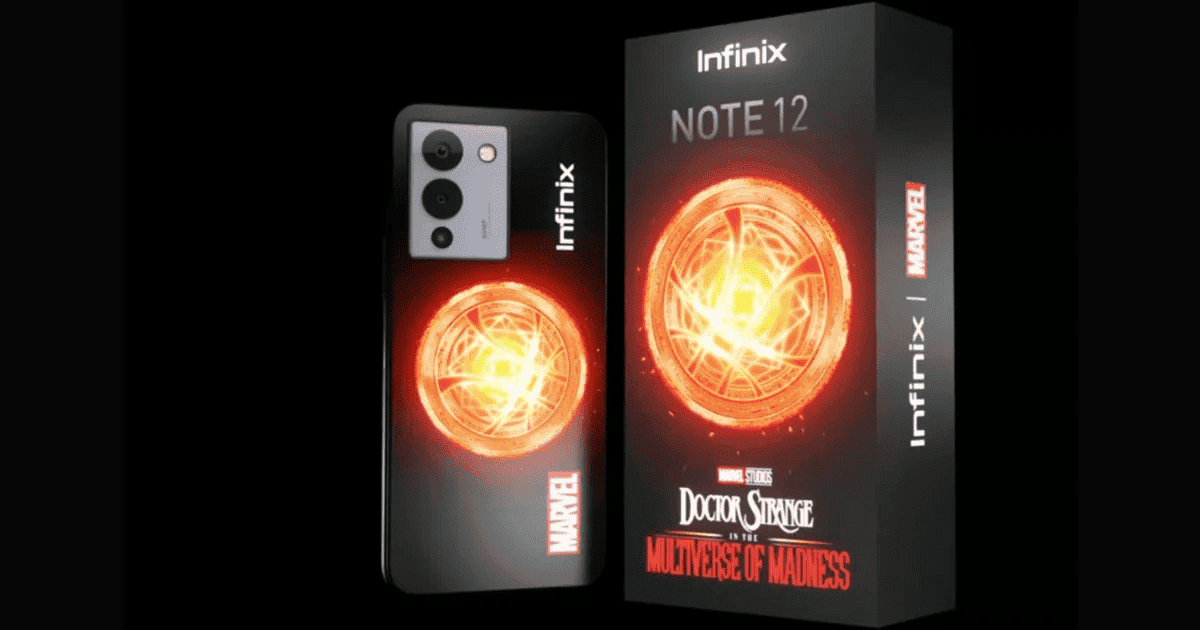 Under the hood, the phone boasts yet again the MediaTek Helio G96 SoC. Infinix’s favorite chipset comes with 8 GB of RAM and 128 GB of Internal Storage. In terms of optics, the phone flaunts a triple-camera setup with a 50 MP f/1.6 main camera. There are additional 2 MP shooters for macro and depth sensing. On the front, the phone has a 16 MP selfie shooter. The Note draws its powers from a 5,000 mAh battery that only has 33 W fast charging.

The Infinix Note 12 Turbo runs XOS 10.6 which this time around comes with Android 12 straight out of the box. The device sells in Force Black and SnowFall colorways.

There aren’t many surprises in the vanilla Note 12. The handset comes with the same 6.7-inch AMOLED screen with Full HD+ resolution and 60 Hz refresh rate. There is also a 5,000 mAh battery with a 33 W fast-charging, and even the camera setup is the same. The biggest difference is in the performance. The phone carries the MediaTek Helio G88 SoC which is placed below the Helio G96. The phone comes with 6 GB of RAM And has the same 128 GB of Internal Storage. Unfortunately, the most shocking detail is the presence of Android 11 as the underlying Android version. However, the company states that buyers can expect an Android 12 update in August.