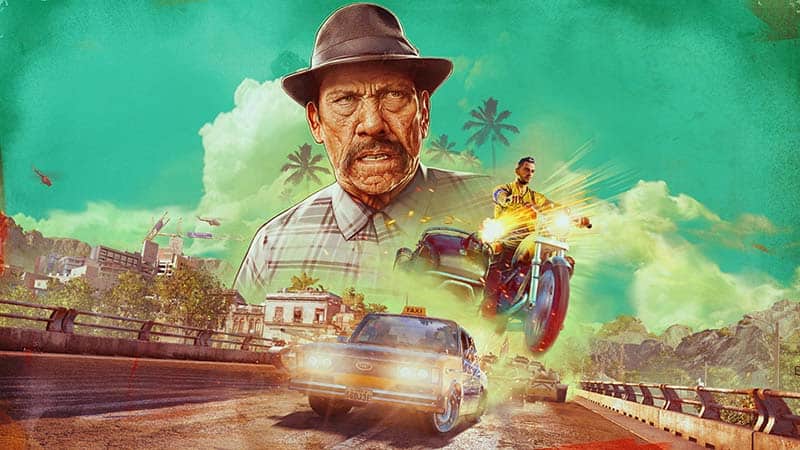 Ubisoft has announced two new Far Cry 6 Danny Trejo missions, which are available for free for all players on PC and consoles. In addition, Far Cry 3 Blood Dragon’s classic edition has launched for next-generation consoles. The game is available as a standalone purchase but is included in the Far Cry 6 season pass.

December 16 offers players plenty of new content to get their hands on. Those who own the base game of Far Cry 6 or subscribe to Ubisoft+ can get their hands on the new Far Cry 6 missions. Players will team up with Danny Trejo and play the missions in solo or coop modes. The two new missions are as follows:

Moreso, the new content launches with the Danny Trejo bundle, which gives plates new customisation and gear, including the free roam opportunity of driving the Taco truck.

If you’re more interested in getting your hands on a modern take of Far Cry 3, then you can get Far Cry 3 Blood Dragon on next-gen consoles. The game is a rehash of the popular Far Cry 3 DLC, Blood Dragon, enhanced to modern GPU power on PC and consoles. It is launching as a standalone DLC, but those who own the Far Cry 6 season pass can get their hands on the game as part of the season pass.

For more information, visit the Far Cry 6 website and catch up on the latest Far Cry news through the developers own website.

Bienenstock Furniture Library Adds Patti Carpenter to Board of Directors