The leading rugged phone brand Blackview officially introduced the Blackview BL8800 series (BL8800/BL8800 Pro) today. These phones are incorporating 5G and FLIR® thermal imaging technology, after their debut at the MWC Barcelona 2022. The Blackview BL8800 series is the follow-up of their recent best-seller flagship, Blackview BV8800. Which withstands even the harshest environments and is practically a dream-come-true for most rugged phone lovers in terms of high-end specs, top-notch performance and the added value of a night vision. With the addition of 5G and thermal imaging technology, the BL8800 series is expected to bring a huge leap in performance and utility.

Before getting down any details of the upcoming upgraded versions, here’s a short recap of its predecessor. The BV8800 features a 50MP ultra-clear main camera, along with a 20MP IR night vision camera. That allows users to see through darkness, as well as to take photos and videos in complete blackness. A blazing-fast 90Hz display on BV8800 is a breakthrough in this industry too, due to competitions sporting the average 60Hz display. 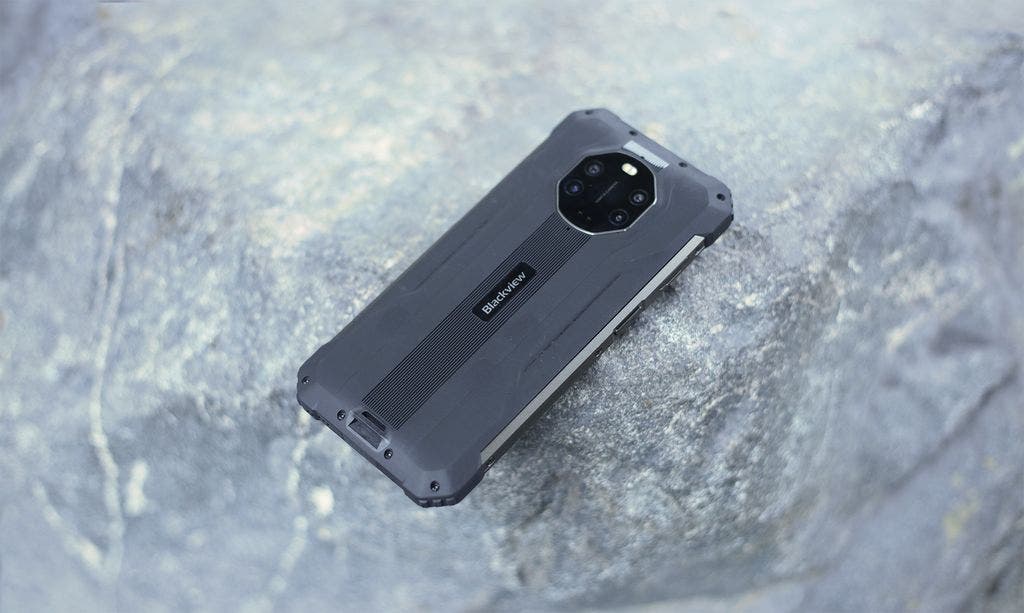 The phone also houses a giant 8380mAh battery, That’s 45% above average capacity, which shockingly delivers 4G/WiFi off standby time up to 720 hrs (30 days). Battery refill is quite easy with 33W fast charge too. Powered by the top-end 4G octa-core chipset, MediaTek G96, and running on the latest Doke OS 3.0, based on Android 11, BV8800 brings everything to the next level from operation smoothness to visual aesthetics. And most of all, it revolutionizes the toughness by ascending to MIL-STD-810H, the latest revision of MIL-STD-81. While matching up to the industry-leading IP68&IP69K waterproof ratings.

The Blackview BL8800 series (BL8800/BL8800 Pro) is the direct 5G & thermal upgrade iteration of the BV8800. It stays the same in appearance and generally keeps all the functions and features, that make the predecessor a serious rugged phone flagship. What makes a world of difference for the BL8800 series is the 5G chipset, as and upgrade from 4G. Tt can enhance literally everything you do, faster uploads, downloads, streaming or gaming. Most of all, it delivers peace of mind for the user in the 5G-prevailing times. For those, who find the BV8800 quite fascinating but hesitate about the 4G connectivity or just want a nearly-unbreakable phone to withstand the elements from demanding working environments or unpredictable nature, the BL8800 series 5G is the way to go. 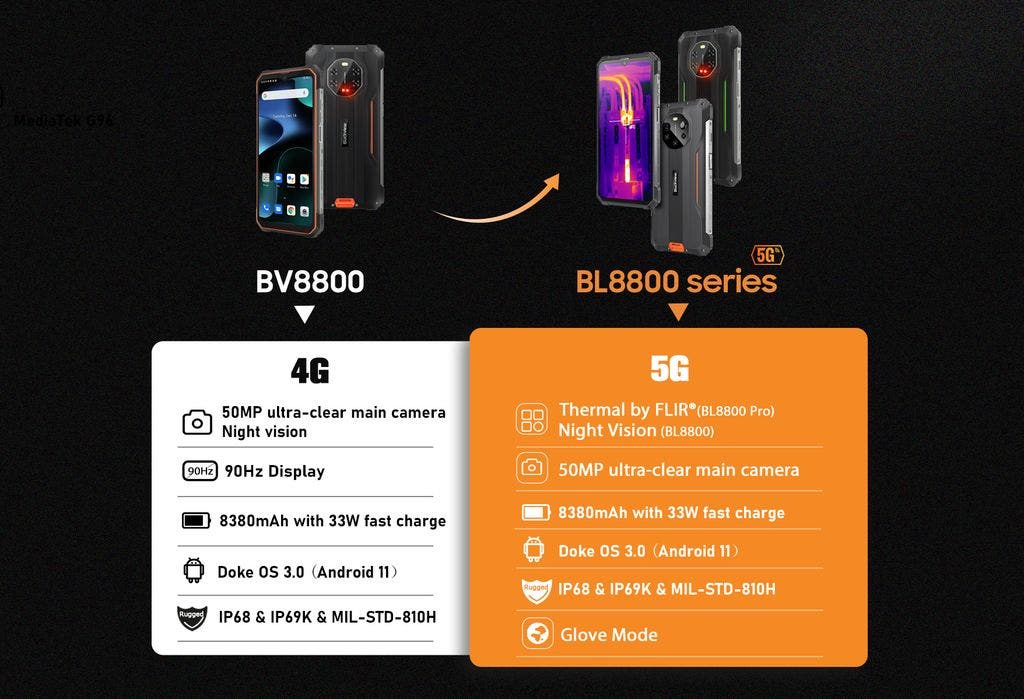 Thermal imaging is the cherry on top

Furthermore, the addition of a thermal imaging camera makes the BL8800 series (BL8800/BL8800 Pro) even more powerful and reliable in outdoor usage. Ranging from avoiding danger by detecting wildlife to finding lost party members even on the darkest night. And it can be your mighty troubleshooting tool for your house to save a fortune before the problem turns critical too. Everything is so much more interesting through the “alien” vision.

The world premiere for the Blackview BL8800 series (BL8800/BL8800 Pro) will start on May 23rd PT. More upgrades and details will be announced in next days. You can find out more following this link and even already add it to the shopping cart.

The Making of IMDb TV's Bug Out Docuseries