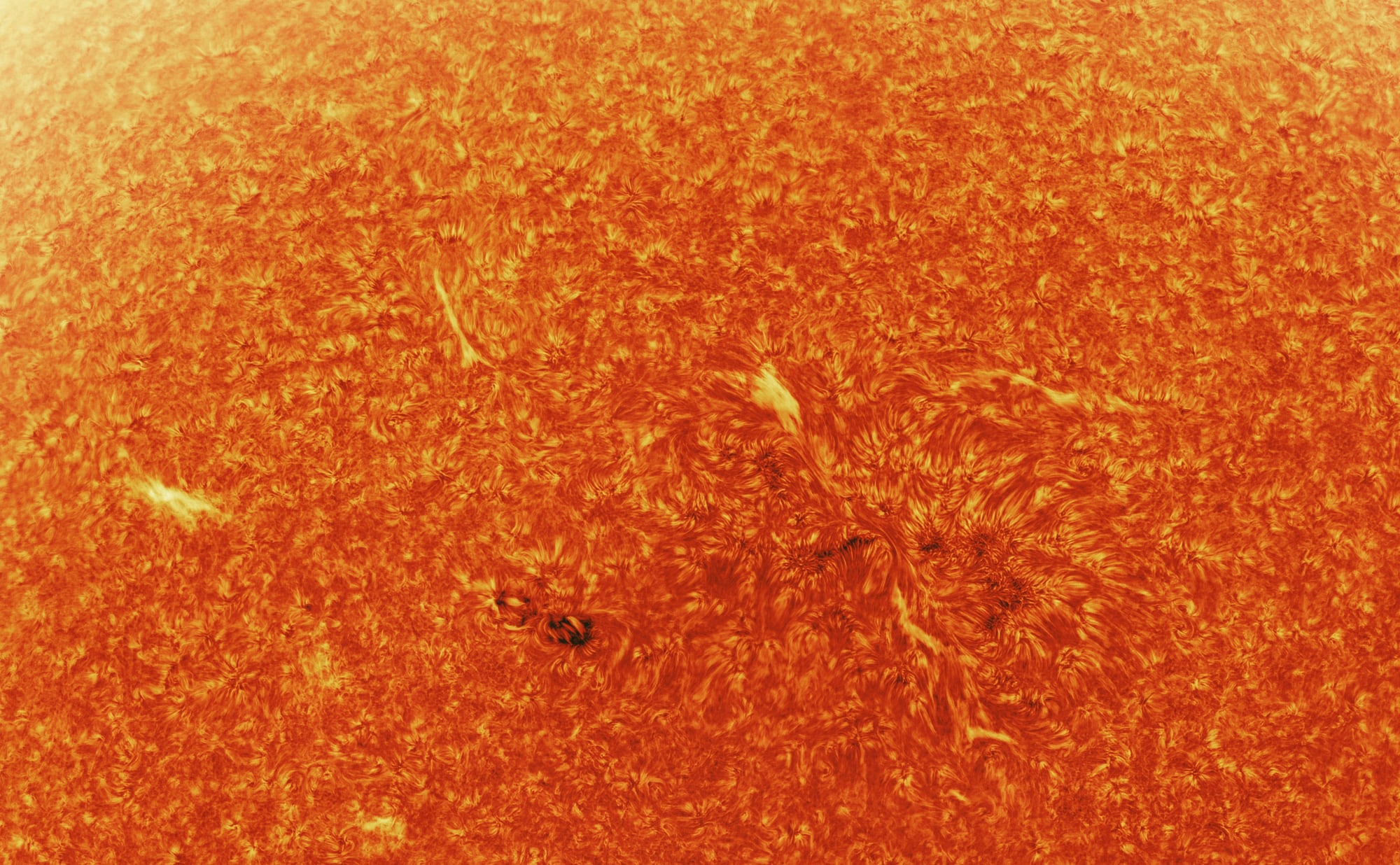 If you’re a regular reader of DIYP or you’re an avid astrophotographer then the name Andrew McCarthy should be familiar to you. We’ve featured him numerous times, you’d think we’d be getting bored by now. But no, every single time his work just keeps getting better and better! And he’s really outdone himself with his latest set of images that show the sun in incredible detail with no less than a 150,000 image composite!

McCarthy’s latest image titled “Fire and Fusion” is a whopping 300 megapixels. It was shot in his backyard in Arizona at 2 pm at the end of November this year and is his most detailed image yet of the sun.

Our star is a chaotic ball of plasma. Planet-sized streams of plasma snake up from the surface, dwarfed by looming prominences and filaments. Blinding bursts of energy stem from areas of heightened magnetic activity, pushing and pulling on the solar surface and creating fascinating patterns in the atmosphere.

McCarthy used an incredibly high powered telescope to capture the sun in extreme magnification. “I captured around 150,000 images using a modified telescope,” he says. “Combined, those photos allowed me to see the sun in incredible detail.”

The images show the swirling ball of gas in a way that we can never see ordinarily. And interestingly, Andrew’s set-up captures the sun in a way that no human eye could, even with the correct filters.

“Spots are sunspots, and the swirls are active regions, areas where the magnetic field is more active and pulls at the plasma,” says McCarthy. The darker parts of the Sun in the images are actually higher intensity areas that would show up as white in visible light. His modified telescope uses an array of filters to protect both his eyes and his photographic equipment.

I don’t know about you but I’m not sure I even have the patience to stitch 150,000 images together!

Increase your productivity with a lifetime subscription to WiredVibe

How to Recover Deleted Photos from an iPhone